This volume contains the first publication of Dickens’ Hard Times. Although serialising his own novels had not originally figured in Dickens’s plans for Household Words, which he primarily intended to be a vehicle for topical journalism, essays, short fiction, and occasional poetry, in 1853 he determined to run Hard Times for These Times (1 April through 12 August 1854) in order to bolster the sagging circulation and ensure his income as writer, editor, and publisher should not be jeopardized.

Although novelist Charles Dickens regularly contributed to such periodicals as The Examiner and The Daily News, much of his journalistic writing first appeared in the organs he himself established, Household Words (1850-59) and All the Year Round (1859-70). For two years early in his career as a professional writer, Dickens had served as the editor of publisher Richard Bentley’s weekly magazine Bentley’s Miscellany, in which Dickens published stories, poems, sketches, and a complete novel, Oliver Twist (24 instalments, February 1837 through April 1839). However, he enjoyed the greatest freedom as editor and writer with the two later magazines.

Household Words was published every Wednesday from March 1850 to May 1859. Each number cost a mere tuppence, thereby ensuring a wide readership. Household Words was issued in weekly numbers, in “Monthly Parts”, and in bound volume form. The weekly parts were issued without wrappers. The monthly parts, price ninepence, containing four or five weekly numbers were issued with wrappers. The nineteen bound volumes each contained from twenty four to twenty six weekly numbers, thus extending over approximately six months. The half yearly volume was normally available within a week or two weeks after the publication of the last weekly number included in it. The bindings for these volumes vary considerably with brown, green, red or black cloth, the volumes were also available in marbled paper boards and half leather binding. 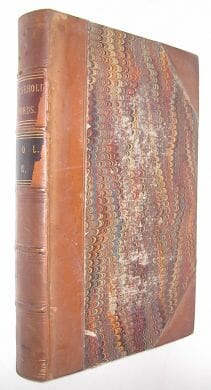