Third part of the Hail and Farewell Trilogy. George Augustus Moore (1852 '1933) was an Irish novelist, short-story writer, poet, art critic, memoirist and dramatist. Moore came from a Roman Catholic landed family. He originally wanted to be a painter, and studied art in Paris during the 1870s. There, he befriended many of the leading French artists and writers of the day. As a naturalistic writer, he was amongst the first English-language authors to absorb the lessons of the French realists, and was particularly influenced by the works of Émile Zola. His writings influenced James Joyce, according to the literary critic and biographer Richard Ellmann, and, although Moore's work is sometimes seen as outside the mainstream of both Irish and British literature, he is as often regarded as the first great modern Irish novelist. In 1901, Moore returned to Ireland to live in Dublin. In 1903, following a disagreement with his brother Maurice over the religious upbringing of his nephews, Moore declared himself to be Protestant. His conversion was announced in a letter to the Irish Times newspaper. Moore remained in Dublin until 1911. In 1914, he published a gossipy, three-volume memoir of his time in Dublin under the collective title Hail and Farewell, Ave, Salve and Vale, which entertained its readers but infuriated former friends. Moore himself said of these memoirs, "Dublin is now divided into two sets; one half is afraid it will be in the book, and the other is afraid that it won't". 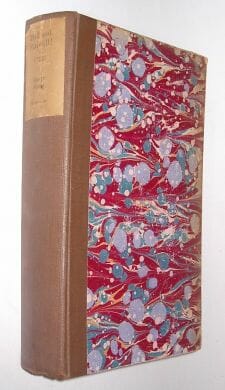