This captivating memoir describes an unusually full and adventurous life, for the most part shared with two famous men: the Arctic explorer August Courtauld and the statesman R. A. ('Rab') Butler. When the young Mollie Montgomerie became engaged in 1930 to her childhood friend August Courtauld, she could scarcely have foreseen how challenging life would be: her fiance went missing for weeks (believed dead) in arctic Greenland; their honeymoon was spent camel trekking in the remote Sudan; she became one of the first women to visit eastern Greenland and raised six children, two of them during the Second World War whilst August was away serving in Naval Intelligence. A witty raconteur and astute observer, Mollie Butler provides a no less enthralling account of her happy and eventful life with Rab Butler, whom she married in 1959, following the death of their respective spouses (his first wife was Sydney Courtauld). Her insights and astringent comments on such political figures as Margaret Thatcher, Harold Macmillan and Alec Douglas-Home illuminate her description of life at the top in the battlefield of politics. She played a vital part in her husband's career as MP for Saffron Walden and as Home Secretary, accompanied him on negotiating trips as Minister for Central Africa, supported him when, as deputy Prime Minister, he was involved in the 1963 leadership struggle, and was a splendid confidante and hostess in his years as Foreign Secretary. Equally dynamic was her role in university life following Lord Butler's appointment as Master of Trinity College, Cambridge, where she introduced the undergraduate Prince Charles to one of his first girlfriends. 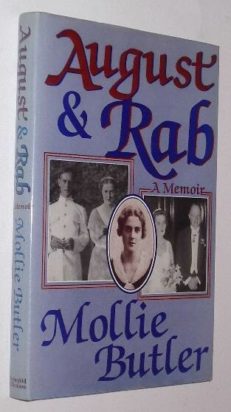