Books are better than many other gifts; they don’t make you fat, they don’t wilt, one-size-fits-all, and they are a lot more interesting than socks!

Books make great gifts because they can be thoughtful, and sometimes also thought-provoking. People can be amused and entertained by humorous, quirky, witty titles. Good books can prompt ideas that change the way we think and can make a difference… helping to make life better and more interesting.

Books are important in various unexpected ways, books allow readers to travel without using their feet, books give wings to our imagination, books are full of knowledge, joy, happiness, wisdom and so much more, books are more than enjoyment, books have the capability to transform your life, books can help you in your hardest time, books can make you realize that you are not alone in this world if you are struggling, books gives a solution and gives you a new way and a new perspective to look at different things and situations.

The right book can be an answer to the motive behind what drives a gift buyer’s choices: to express love; to show sentiment & affection; to convey sympathy; to say sorry; as a little token of appreciation; a special keepsake; to honour a special occasion such as Christmas with a lovely affordable present; a seemingly random act of kindness, to raise a smile; and, sometimes, just to make someone laugh-out-loud.

Books are such fabulous value for money, and can last a lifetime. The recipient of a gift book may treasure it forever; that’s why books make great Christmas Gifts.

Read all about How To Give the Best Book Gifts

My Fascination with Fairy Tales

The Folio Society has a long standing tradition of publishing Fairy Tales with the highly collectable Andrew Lang Fairy Books and most of the popular collections superbly illustrated by the finest illustrators. It is probable that Fairy Tales were originally written mainly for adults with some for children and over time these have been diluted to primarily a younger audience although who doesn’t enjoy reading one to the children.

I once read a fascinating article by Allison Parkinson where she wrote “A good story deserves a great introduction and, for me, there can be no better beginning than: ‘Once upon a time…’
It’s magical, it’s exciting – it’s a password that will grant you entry to ancient lands inhabited by heroes and villains, wicked witches, dragons, giants and genies. Extraordinary scenarios will unfold before you as you witness the characters’ experiences and adventures. And all of this is certain because of those four simple words.” Folk and fairy tales are found in all cultures across the globe and they all seem to start and end with very particular phrases. Many introductions refer to an ancient, unspecified time, for example, ‘on an old day, in the old times’, ‘at the beginning of time’ or ‘at a time already long past’. Others refer to distant, dream-like locations such as ‘behind seven lands and seas’ or ‘beyond seven mountains and seven forests.’

The Fairy Tales of the Brothers Grimm

The Brothers Grimm are among the best-known storytellers of folk tales, and popularized stories such as “Cinderella”, “The Frog Prince”, “The Goose-Girl”, “Hansel and Gretel”, “Rapunzel”, “Rumpelstiltskin”, “Sleeping Beauty”, and “Snow White”. This superb Folio Society edition is beautifully illustrated by Arthur Rackham.

This facsimile of the 1913 edition contains 17 of his most famous tales, including ‘The Emperor’s New Clothes’, ‘The Little Mermaid’, ‘The Snow Queen’ and ‘The Ugly Duckling’. The original illustrations by William Heath Robinson capture all the magic of the text making this the perfect way to enjoy this master storyteller.

A superb collection of fairy tales first published by Hodder & Stoughton in 1910, with additional tales from earlier translations. Contains the stories of Sleeping Beauty, Cinderella, Puss in Boots and more together with the superb illustrations by Edmund Dulac.

Some familiar favourites, such as Beauty and the Beast, Jack and the Beanstalk and Rumpelstiltskin are believed to date back thousands of years to a time before many modern languages even existed. And different versions of the same root story can be found all over the world.

Once upon a time, a very long time ago, there was a moral that needed to be taught, or a child that needed putting to bed, or a traveler who needed to be entertained. As long as humans have existed, we have crafted stories to tell to ourselves and to others; we are perpetually surrounded by them. When we are awake, we read, we watch, we listen. When we are asleep, we dream.

You can purchase them at at Folio Society Fairy Tales

All titles chosen to become Folio books are the finest in their genre and all are treated to extremely high production standards, but those selected for their Limited Editions Collections are, quite simply, exceptional. Great works of literature or history become great works of art.

For Limited Editions their production teams have leave to indulge their passion for exquisite materials and fine binding techniques which simply cannot be considered for longer book runs. Exceptional craftsmanship creates these highly collectable books – from and content perfectly married to produce a lasting legacy for generations to come.

During the 1930s, artist sculptor and typographer Eric Gill collaborated with the Golden Cockerel Press on a number of projects. The Folio Society has published in facsimile the three crowning works of this association: Troilus and Creseyde, The Canterbury Tales and The Four Gospels. They are among the most admired books of the 20th century, a sublime marriage of type and illustration.

‘Would you like a book for Christmas?’ one of P. G. Wodehouse’s plump, tilt-nosed, sporty heroines asks her boyfriend from the Drones Club, to which he replies: ‘No thanks, I’ve got a book.’ A life with one book is unthinkable, and while Folio Society books are not the only ones, nor should they be, they will, with luck, have a role to play in enriching the lives of book-lovers for years to come.

Folio Society books come in many different formats, whether it’s an early individual book with a dust jacket or one of the later ones in slipcases 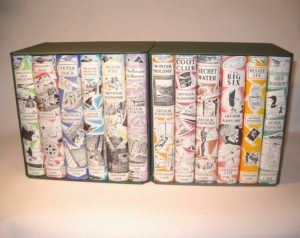 And some of the finest Author Collections

Folio Society books are set above the rest in almost every aspect – exceptional typography, illustration, paper, printing, and binding. 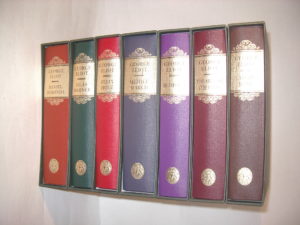 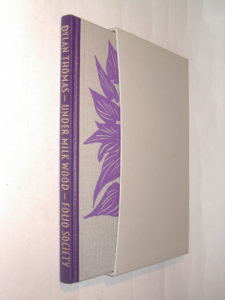 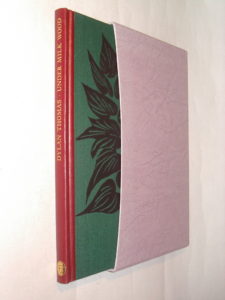 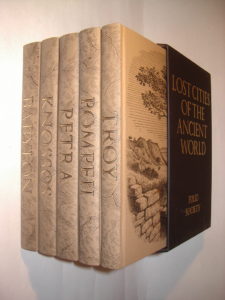 Lost Cities of the Ancient World Folio Society 2005
If you are interested in any of the above and can’t find them, please email me.

Here is a list of my April 2021 acquisitions some of which have already been listed and some sold, please email me at sales@hcbooksonline.com if you can’t find what you are looking for on my website. 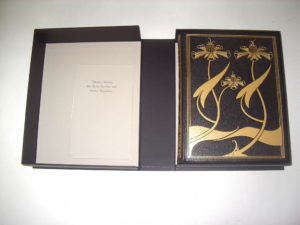 If you are interested in any of the above, please email me.