In his own time, Trollope’s novels were as popular with the common reader as they were admired by George Eliot, Henry James, George Bernard Shaw and Nathaniel Hawthorne. Today, he is probably the most widely read and loved nineteenth century English Novelists after Dickens and Jane Austen.

A series of books set in the imaginary English county of Barsetshire remains his best loved and most famous work, but he also wrote convincing novels of political life as well as studies that show great psychological penetration. One of his greatest strengths was a steady, consistent vision of the social structures of Victorian England, which he re-created in his books with unusual solidity.

Starting in 1989 The Folio Society began publishing the first complete edition of Trollope’s novels and continued at the rate of several per year until all 47 novels had been published. 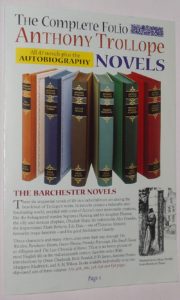 This superb uniformly bound complete collection is generally available on my website together with the edition that was later produced by the Folio Society for the Trollope Society.

For a limited period, I have reduced the price of all my stock of individual novels to the amazing price of £9.99 which when you consider that the postage alone, which by the way is included in the price, in most cases costs me £5.50 is a real bargain. 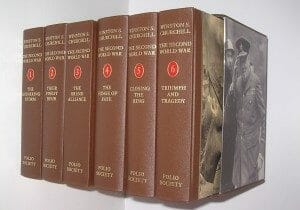 This can honestly be called the definitive edition, using the final English texts, completely reset in Ehrhardt type, printed on Caxton wove paper, profusely illustrated with photos & in-text maps. History of World War II from the top, being the personal account of British Prime Minister Winston Churchill, who many rightly regard as the greatest man of the 20th century. Volume titles; The Gathering Storm; Their Finest Hour; The Grand Alliance; The Hinge of Fate; Closing The Ring & Triumph and Tragedy. Six volumes in two dark brown titled slip-cases, with a monochrome photograph of Churchill on the front panel. 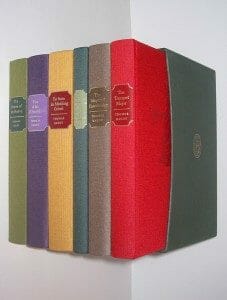 Six of the most popular Hardy novels in one fine boxed set. The novels are : “Far From the Madding Crowd”, “Tess of the d’Urbervilles”, “The Mayor of Casterbridge”,” The Return of the Native”, The Trumpet Major” and “Under the Greenwood Tree”. 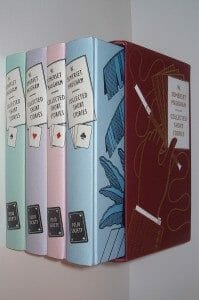 A superb collection of seventy one short stories from one of the masters of this genre. Following the arrangement of Collected Short Stories first published by Pan Books Ltd. In 1975.

I have just acquired a copy of the rarely seen The Mystery of Agatha Christie by Gwen Robyns in the Heron Books uniformly bound edition. This volume is available with the 41 volume Agatha Christie collection see below or individually see above.

Trollope and Oxford University go back a long way – to 1907, in fact, when the first Trollope novel was published in the fondly-remembered hardback World’s Classics series. The Three Clerks was followed 11 years later by The Warden, then by a further 41 titles, the majority appearing in the 20s and 30s, right up until the late 1950s. The then Oxford publisher, Sir Humphrey Milford, was a great enthusiast, and it is not too much to say that he was chiefly responsible for the resurrection of Trollope’s reputation as a serious writer with the general reader.

There are three major collected editions of the works of D H Lawrence. 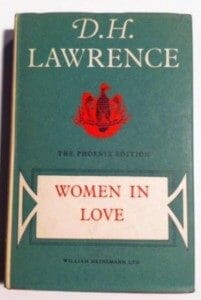 The first of these is the The Works of D. H. Lawrence “Phoenix Edition” in 26 Volumes published by William Heinemann (1955-), London with the volumes uniformly bound in red cloth. 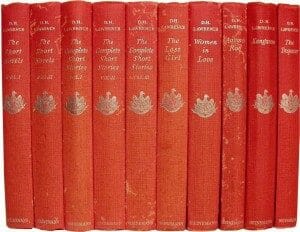 The second of these is The D H Lawrence Collection published in 24 volumes in the late 1970’s by Heron Books.

The Works of DH Lawrence

D H Lawrence (1885-1930), was an astonishingly versatile and prolific writer, being a novelist, storywriter, critic, poet and painter, and one of the greatest figures in 20th-century English literature. 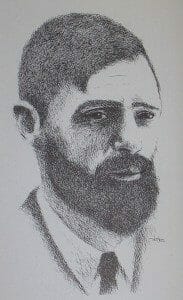 His list of publications runs to well over 100 titles, a remarkable tally for a man who died in his mid-Forties. His poetry is of a high order, “Snake” and “How Beastly the Bourgeoisie is” are probably his most anthologized poems, and his plays are still occasionally performed and not merely as curiosities. However it is as a prose writer that he is best known, and rightly so, he was a master of all forms of fiction, equally at home with the short tale and novella as with the full length novel. It is these works that are most often read today, and form the core of his remarkable body of writing.
David Herbert Lawrence was born on September 11th 1885, the fourth child of miner Arthur and teacher Lydia who constantly criticised her husband’s heavy drinking and bad language. The young David observed well, and the couple’s difficult relationship is explored in the magnificent Sons and Lovers (1913), and his play A Collier’s Friday Night.

Lawrence wrote some of his most thoughtful, angry, and beautiful books after the First World War, most notably Women in Love (1920), which is something of a sequel to The Rainbow (1915). In 1921 came several essays and travel pieces for various magazines, and journals. 1922 saw the publication of Aaron’s Rod, which show the influence of Nietzsche, followed by his finest collection of short stories, England My England. The following year saw publication of his most disturbing novel, Kangaroo (1923), which in essence is an essay on the power, and appeal of fascism. He also published a collection of wonderful poetry, Birds, Beasts and Flowers. The Plumed Serpent (1926), written while living in the US sate of New Mexico, was a vivid evocation of Mexico and its ancient Aztec religion. The Man Who Died (1929), is a bold story of Christ’s Resurrection. 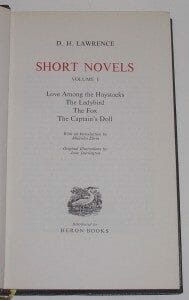 His collected works, among other things, represent an extended reflection upon the dehumanising effects of modernity and industrialisation. In them, some of the issues Lawrence explores are emotional health, vitality, spontaneity and instinct. For a summary of the published collected editions of D H Lawrence just click on the image below.

Lawrence’s opinions earned him many enemies and he endured official persecution, censorship, and misrepresentation of his creative work throughout the second half of his life, much of which he spent in a voluntary exile. At the time of his death, his public reputation was that of a pornographer who had wasted his considerable talents. E. M. Forster, in an obituary notice, challenged this widely held view, describing him as, “The greatest imaginative novelist of our generation.”

Just posted the full listing of books to be found in this Heron Books Series.

View the Full List at Greatest Masterpieces of Russian Literature

I have also recently listed a number of books from this series on my website.

Browse them at Heron Books For Sale

If you have any Heron Books Collections For Sale please email me at sales@hcbooksonline.com

For me it’s the characterisation, but what is it about Russian Literature that makes it so enjoyable for you?