Tales of My Landlord

The Tales of My Landlord series was not advertised as “by the author of Waverley” but these novels are always included in The Waverley Novels Collections.

Tales of My Landlord, 1st series 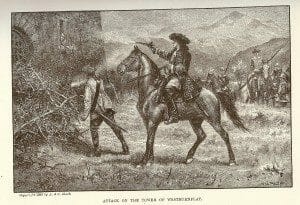 Sir Edward Mauley is The Black Dwarf, a character based on a very real man of Scott’s acquaintance. Mauley becomes involved in the quarrel of a friend — and, when imprisoned for his actions in that quarrel, finds himself betrayed by the very man in whose cause he lost his liberty. When free, he goes to Mucklestane Moor, where his extraordinary strength, knowledge of medicine, and ready wealth lead the local people to regard him as a supernatural being — a servant of the Devil. . . .

The Tale of Old Mortality

Describes the lives – and often violent deaths – the hopes, and the struggles, of the Covenanters in late seventeenth-century Scotland. A tale of extremism, bigotry and cruelty, it is redeemed by its characters’ courage and loyalty, and their passionate belief in religious and civil liberty. Considered to be one of the greatest novels of the nineteenth century, its influence pervades European writing from Stendhal to Tolstoy. A swift-moving historical romance that places an anachronistically liberal hero against the forces of fanaticism in 17th-century Scotland in the period infamous as the “killing time”. Henry Morton is torn between his love for a royalist’s granddaughter and his loyalty to his downtrodden countrymen.

Tales of My Landlord, 2nd series

Precisely focused on the trials for murder of John Porteous and of Effie Deans in 1736 and 1737. Yet it is a chronicle which spans the eighty years of the life of David Deans, whose death takes place in 1751. The most complex of all Scott’s narratives, it is also the most challenging in that it raises in an acute fashion the problem of a judicial system that does not produce justice. Scott places this fundamental issue in its immediate political context, in history as represented by the life of Deans, and alongside the justice of Providence as perceived by his daughter Jeanie, the greatest of Scott’s heroines.

Tales of My Landlord, 3rd series

The Bride of Lammermoor

The most haunting and Shakespearean of Scott’s novels, The Bride of Lammermoor is a fast-paced tragedy set on the eve of the 1707 Union. The proud young Master of Ravenswood sees his estate pass to the astute Sir William Ashton. When Ravenswood falls in love with Ashton’s daughter, her diabolical mother takes extreme measures to thwart the match – with tragic results. A story of immense gloomy power, infused by the unforgiving spirit of the North Sea.

A Legend of Montrose 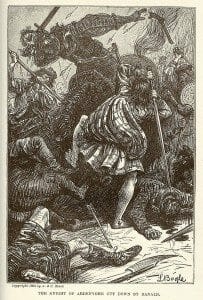 Against the background of Montrose’s campaign of 1644–5, this spirited novel centres on one of Scott’s most memorable creations – Sir Dugald Dalgetty of Drumthwacket. This hard-headed Aberdonian contrasts tellingly with the weird and passionate Highland feud in which he becomes perilously entangled, as the narrative moves from Dalgetty’s unflinching encounter with the Duke of Argyll, to his dramatic escape from Inveraray Castle, to the battle of Inverlochy.

Don’t miss any part of this series. Why not subscribe now?