Part I – A Short Biography.

Sir Walter Scott was the first English-language author to have a truly international career in his lifetime, with many contemporary readers in Europe, Australia, and North America. His novels and poetry are still read, and many of his works remain classics of both English-Language literature and of Scottish literature. During his lifetime, he was the Most Popular Author the world had ever known, and modern scholars consider him both the inventor of the historical novel and the first best-selling novelist. 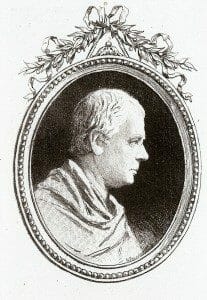 Scott was born on August 15, 1771, in Edinburgh as the son of a solicitor Walter Scott and Anne, a daughter of professor of medicine. Scott survived a childhood bout of polio in 1773 that would leave him lame in his right leg for the rest of his life. To restore his health he was sent in that year to live in the rural Borders region at his grandparents’ farm at Sandyknowe, adjacent to the ruin of Smailholm Tower, the earlier family home. Here he was taught to read by his aunt Jenny, and learned from her the speech patterns and many of the tales and legends which characterized much of his work. Scott’s interest in the old Border tales and ballads was awakened, and he devoted much of his leisure to the exploration of the Border country. His love of poetry was furthered whilst at university, where he met the blind poet Thomas Blacklock and Robert Burns. 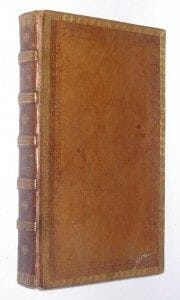 After Scott became clerk to the Court of Session in Edinburgh, he spent his long holidays at Ashestiel, situated on the Tweed River. To increase his income he started a printing and publishing business with his friend James Ballantyne. Through Ballantyne, Scott was able to publish his first works and then his poetry began to bring him to public attention. In 1805, The Lay of the Last Minstrel captured wide public imagination, and his career as a writer was established in spectacular fashion. He published other poems over the next ten years, including the popular The Lady of the Lake, printed in 1810 and set in the Trossachs. Portions of the German translation of this work were later set to music by Franz Schubert. Scott is an early representative of the Romantic Movement in English literature. His poems relate tales of heroic adventure set in the idealized past and emphasize detailed descriptions of the poet’s Scottish homeland. This combination proved exceedingly popular in the early 1800s; the sales of his verse narratives established a new standard for British poetry and set the stage for the subsequent popularity of other Romantic poets such as Lord Byron. Scott’s appeal as a poet was followed by his overwhelming success as a fiction writer.

His enormous energies allowed him to engage in scholarly and journalistic activities. His edition and biography of John Dryden, the English poet and dramatist, published in 1808, remains of value. His politically motivated founding of the Quarterly Review, a literary journal, helped make Edinburgh the most influential centre of British intellectual life outside London. In these years Scott also began to create an estate, Abbotsford, near Melrose, to reflect his antiquarian interests.

When the printing press became embroiled in financial difficulties, Scott set out, in 1814, to resurrect a novel he had started in 1805. The result was Waverley, a novel which did not name its author. It was a tale of the “Forty-Five” Jacobite rising in the Kingdom of Great Britain with its English protagonist Edward Waverley, by his Tory upbringing sympathetic to Jacobitism, becoming enmeshed in events but eventually choosing Hanoverian respectability. The novel met with considerable success. There followed a succession of novels over the next five years, each with a Scottish historical setting. Mindful of his reputation as a poet, he maintained the anonymous habit he had begun with Waverley, always publishing the novels under the name Author of Waverley or attributed as “Tales of…” with no author. Even when it was clear that there would be no harm in coming out into the open he maintained the façade, apparently out of a sense of fun. Some of the pseudonyms used by Sir Walter Scott include Jebediah Cleisbotham, Captain Clutterbuck, Crystal Croftangry, Malchi Malagrowther, Lawrence Templeton, Author of Waverly. During this time the nickname The Wizard of the North was popularly applied to the mysterious best-selling writer. Although Scott’s books were sold at prices as high as 31s 6d, they found much new middle-class readers, and there was no interest in lowering the prices. In comparison, low-cost books, booklets, were offered for the “white-collar” workers at sixpence apiece, and paperbound books were sold for 5 shillings.

His identity as the author of the novels was widely rumoured, and in 1815 Scott was given the honour of dining with George, Prince Regent, who wanted to meet “the author of Waverley”, and when the King visited Edinburgh in 1822 the spectacular pageantry that Scott had concocted to portray George as a rather tubby reincarnation of Bonnie Prince Charlie made tartans and kilts fashionable and turned them into symbols of Scottish national identity. In 1820 Scott was created a baronet. A few years later he founded the Bannatyne Club, which published old Scottish documents. Scott visited France in 1826 to collect material for his Life Of Napoleon, which was published in 9 volumes in 1827. His wife, Lady Scott, died in 1826, and the author himself had a stroke in 1830. Next year Scott sailed to Italy. After his return to England in 1832, he died on September 21. Scott was buried beside his ancestors in Dryburgh Abbey.

Scott not only elevated the novel to a status equal to that of poetry but also influenced the way history has been written and understood by subsequent generations of historians and novelists. His work inspired such writers as James Fenimore Cooper, Alexandre Dumas, and Aleksander Pushkin, Bulwer-Lytton, G. Eliot, and the Brontës.

Next Week – Read Part II about Scott The Poet and the Poetry that first made him famous.